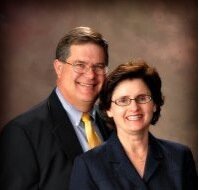 Johnny Robertson believes in helping others, even those he doesn’t know, whenever he can. That’s why he donated blood at the local Red Cross blood drives for years. But an unsafe injection has put an end to this generous gesture.

Johnny owned a small family run business and was an active community volunteer in his hometown of Red Springs, NC (pop 3500). In the summer of 2007 his good friend Bob (a physician’s assistant) suggested that Johnny have some medical tests since he was about to turn 50. Bob scheduled a colonoscopy and a cardiac imaging test in the following months.

Before the tests were scheduled, Johnny donated blood to the American Red Cross. Johnny had been a faithful blood donor every three months for many years. Thankfully, the colonoscopy in November and the cardiac stress test in December came back clear, and Johnny felt very lucky to be so healthy.

Imagine Johnny’s surprise when he received a letter from the Red Cross in February, 2008 stating that he had Hepatitis C and that they would not be able to use the blood he had donated the previous month. Follow-up testing confirmed the mysterious diagnosis.

At the first of numerous doctor appointments, Johnny was asked many pointed questions. Questions like “Have you ever experimented with illegal drugs? Have you ever engaged in promiscuous sexual behavior? Are you sure you didn’t have a midlife crisis at some point?” left Johnny and his wife Janet more than a little unsettled. But at the end of the interview, the doctor assured the Robertsons that it was very unusual to be able to pinpoint when Johnny was negative for Hepatitis C (October, 2007) and when he was positive (January, 2008). His keen interest assured Johnny that the unexplained Hepatitis C diagnosis should be investigated further.

Johnny was an active Rotarian and he was committed to the organization’s motto of “Service above Self”. Through Rotary’s campaign to eradicate polio, he learned about the work of the CDC and the importance of reducing exposure to disease. Finding the source of his infection became not just a personal quest, but a mission to safeguard the health of everyone in the community.

Johnny contacted Dr Zack Moore, an epidemiologist with the North Carolina Dept of Health, and explained his concern about contracting Hepatitis C through unknown causes. Johnny’s knowledge about eradicating polio and his long history of blood donation assured Dr Moore that Johnny was not a hysteric looking to lay unjustified blame on others. Dr Moore took careful notes and postulated that Johnny may have contracted the virus through the colonoscopy. Perhaps in the back of his mind he was thinking of the concurrent Las Vegas outbreak, in which more than a hundred people were infected with Hepatitis C through reuse of syringes during colonoscopies.

Within a few weeks of diagnosis Johnny began the rigorous treatment for Hepatitis C. For eighteen long months we endured crushing fatigue, severe headaches, joint pain and blood clots in his leg. He forced himself to go to work at 6:30 AM every day, but would usually head home to bed when his partner arrived at work at 8AM. He could sleep 12 hours at a time and still wake up exhausted. The debilitating headaches were the worst of it, but when he took an over the counter pain medicine it did not help. A prescription medicine developed for migraine headaches caused him to black out and fall into the bathtub with his head under the gushing faucet. If Janet had not been there to turn off the spigot, his fate would have been dire. Later, when everyone could see that Johnny was going to be okay, his many friends good-naturedly teased Janet: “You had your chance – why didn’t you just turn around and leave the bathroom!”

Although Johnny is cheerful and pleasant by nature, the unrelenting physical suffering caused him to be irritable. His friends did not understand what he was going through – didn’t viruses make you sick? Wasn’t treatment supposed to help you feel better? In addition, when he started treatment, no one really knew how he had contracted Hepatitis C. With the stigma and ignorance surrounding Hepatitis C, Johnny and Janet were reluctant to talk about his infection; they struggled through the long months of treatment with very little outside support.

The weeks drug on, with Johnny feeling very sick and discouraged.

After several months Dr Moore called with an explanation of how Johnny contracted the virus. It was traced to the cardiology clinic where Johnny had had the cardiac imaging test. In June of 2007 and again in December, 2007 two different Hepatitis C positive patients came to the cardiology clinic. A medical technician administered saline solution to the Hepatitis C positive patients, then reused the same syringe to re-enter the vial; this contaminated the vial with the virus. Subsequent patients who received an injection from the saline solution vial were exposed to the virus. Altogether five patients contracted Hepatitis C in this way.

Johnny is finally feeling well now after the more than two years of physical and emotional strain caused by a single unsafe injection. He is grateful that he cleared the virus. He is committed to using his experience as a way of educating others about injection safety and is a member of the North Carolina One and Only Campaign workgroup. His experience has strengthened his commitment to the Red Cross and he has redoubled his efforts on its behalf. Since his diagnosis of Hepatitis C he is no longer allowed to donate his own blood, but he has turned even this negative into a positive. He organizes five blood drives per year in his area. Over time, more than 180 pints of blood have been collected! Johnny explains: “I may not be able to donate my own blood, but through recruiting other donors we have collected much more blood than I could have by myself. Even my whiny office manager gives blood now!”