Our guest blogger this week is Chuck Griffis, CRNA. Chuck is a certified registered nurse anesthetist and travels the country lecturing on infection control and safe injection practices for the AANA Practice Committee. We thank him for joining his efforts with AANA and HONOReform in working to stop drug diversion and prevent patient infection. 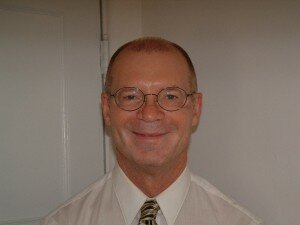 I work in the OR as a clinical nurse anesthetist 2-4 times a month in addition to serving on my state and national nurse anesthetist organizations, and conducting research in chronic pain. One of my roles is to serve as infection control liaison to the Practice Committee of the AANA—so I understand infection control and clinical setting challenges.

Infection control meets drug diversion in one particular setting: where anesthesia providers have drawn up controlled substances with which to sedate patients. Folks who don’t do clinical work will often ask—how could these drugs and sterile syringes wind up being stolen or swapped for contaminated devices containing saline? Aren’t all providers supposed to keep all controlled substances under immediate visual and personal control at all times? How could this happen? Allow me to explain how the real clinical world works. END_OF_DOCUMENT_TOKEN_TO_BE_REPLACED

As promised, here is a video of Guatemalan healthcare providers talking about the importance of injection safety. We thank them for their dedication to the safety of their patients!

Trinis: It is important to use only one time one needle and one syringe!

Mary: Using one needle and one syringe only one time, we are preventing the transmission of disease.

Over the past two and half weeks, the New Hampshire legislature has passed two new bills to address drug diversion.

The history of these bills began in the spring of 2012 when my partner and I noted that we had two patients with acute hepatitis C under our care. Neither of us had seen acute hepatitis C in our practices since it usually presents as a chronic disease. The common thread was our cardiac catheterization lab. We reported these immediately which began the cascade of events eventually resulting in identification of 10,000 patients at risk nationwide from 17 hospitals. At our hospital, there were 32 cases that resulted from drug diversion by a medical technician named David Kwiatkowski.

I have had the dual advantage of being a member of the state wide Drug Diversion Task Force, a working group that arose following this episode, as well as being elected to the New Hampshire State Legislature House of Representatives in the same year. Two pieces of legislation had been introduced to address the problem of drug diversion as a response to this incident. I took these pieces of legislation, with full support from their sponsor, to the Task Force. With all of the major stakeholders participating and with the hard work of legislative subcommittees, we were able to revise these two pieces of legislation to address the problems identified by our Department of Health and Human Services as a result of its investigation of the outbreak.
END_OF_DOCUMENT_TOKEN_TO_BE_REPLACED 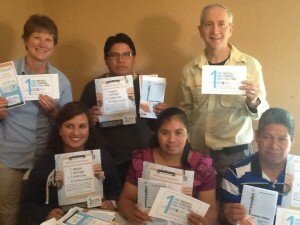 Tom and I were privileged to participate in a mission trip to Guatemala, led by Guatemala Esperanza’s Ron Noecker, a former HONOReform board member.

Our team co-operated with several other organizations to provide health screenings, build a health clinic and provide healthcare provider education.

Guatemala is a lovely country, very lush with beautiful cities, lakes, volcanoes and villages. It also has many challenges. END_OF_DOCUMENT_TOKEN_TO_BE_REPLACED