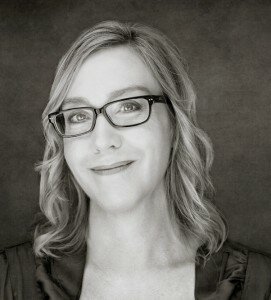 Starting in July 2009, when we read reports of the outbreak at Rose Medical Center in Denver, HONOReform became involved in drug diversion prevention. An addicted healthcare worker diverted medication for her own use, refilled syringes with saline and then left them to be administered to patients. Diversion of narcotics is a patient safety issue and it’s an injection safety issue…and so much more.

One of our aims is to encourage colleagues throughout the country to address drug diversion at a national and federal level. We are grateful for the positive response we are receiving. We will provide an update with more specific information in the near future.

Drug diversion is not an uncomplicated problem. It is the space where bureaucracies, including healthcare systems and law enforcement, come together. Oftentimes, a thorough awareness of the problem is lacking—and the necessary and proper procedures are not in place.

We are glad to share this 17-minute podcast, a clear description of the problem and some of the solutions, on our blog this week. Kimberly New, JD RN, of Diversion Specialists, who is one of the leading voices of drug diversion prevention and a close colleague of HONOReform, talks with Dr. Howard Zucker, MD JD, Commissioner of the New York State Department of Health.

In this interview, Kim New says, “We need to identify problems quickly and protect patients from potential harm.” We could not agree more. Thank you, Kim and Dr. Zucker, for coming together to address the problem, and thanks to our colleagues at the New York Health Department for encouraging and organizing this conversation. 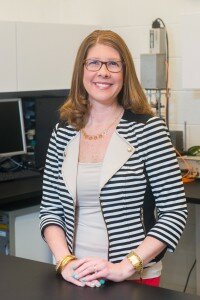 Dr Angela Pannier explains a new model for vaccines that would eliminate the use of syringes, thus eliminating a potential source of transmission of disease through unsafe injections.

Each year, 20 million Hepatitis B cases (30% of all new infections), 2 million Hepatitis C cases (40% of all new infections) and 2,500 HIV cases (5% of all new infections) occur because of unsafe injections globally. These unsafe injections are often caused because of poor injection practices throughout the world (especially in underdeveloped countries), including lack of education (i.e. trained medical personnel) and lack of appropriate storage conditions (i.e. refrigeration or freezer). Conditions throughout the world often do not allow for proper medical waste disposal, which in turn can further allow for possible misuse or reuse of syringes. Therefore, there is a significant need to eliminate unnecessary injections globally and find alternative delivery strategies. However, vaccinations, for a variety of reasons, are most effectively administered through injection.

Vaccination is considered to be one of the most successful public health interventions of the modern era, leading to a dramatic increase in life expectancy and complete eradication of smallpox worldwide. Further development of vaccines and immunization programs have led to the control of numerous infectious diseases including diphtheria, tetanus, pertussis, measles, mumps, and rubella. However, effective vaccination strategies are lacking for a number of pathogens of global health importance (e.g. rotavirus, malaria, HIV, and Toxoplasma among others). In addition, rapid emergence of new infectious disease pandemics, such as pandemic influenza A virus and Ebola, demonstrates the urgent need for vaccine platforms that quickly move from disease identification to vaccines.

Traditional vaccines use weakened or dead bacteria or viruses to stimulate an immune reaction and are administered through injection (or nasal spray) because the bacteria or viruses cannot elicit a protective response if given any other way (e.g. bacteria or virus become damaged if consumed orally or do not reach their intended targeted if given transdermally). Furthermore, current vaccines cannot survive without refrigeration, which limits their use in less developed countries, a health concern in its own right.

Our multidisciplinary team at the University of Nebraska is developing a new model for vaccines that would eliminate the use of syringes. Rather than using weakened or dead bacteria or viruses to stimulate an immune reaction, we propose using genetic material (i.e. DNA) to prompt an immune response, which could allow for oral delivery. This new vaccine model would contain a replica of encoded genetic material from a virus or bacteria. DNA is extremely stable and can be stored on the shelf, thus eliminating the need for cold storage that prevents worldwide administration of vaccines. DNA can also be created in the lab very quickly, allowing for response to pandemics within a matter of weeks. Our team is especially focused on the development of polymers to protect these DNA vaccines so that they could be delivered orally via pill form. Along with eliminating the need for syringes, this would greatly expedite global distribution.

For these pills we are using two natural, safe polymers, chitosan and zein, the former found in the exoskeleton of crustaceans and the latter one made from a biodegradable protein from corn currently used in food and drug manufacturing. Due to this unique combination of materials, we propose that the DNA vaccine can be taken orally and protected as it moves through the digestive system. Once it reaches the intestine, the genetic material can be absorbed by the body, prompt an immune reaction, and build up future immunity. Vaccines based on this model are already used in veterinary medicine but in injection form. We believe that with our proposed system, we will have safer, faster, and easier vaccines for humans that eliminate the possibility of unsafe injections and the use of syringes entirely.

Dr. Angela K. Pannier is a Biomedical Engineer, Associate Professor, and William E. Brooks Engineering Leadership Fellow in the Department of Biological Systems Engineering at the University of Nebraska-Lincoln. She also holds a courtesy appointment in the Department of Surgery and the Mary and Dick Holland Regenerative Medicine Program at the University of Nebraska Medical Center. 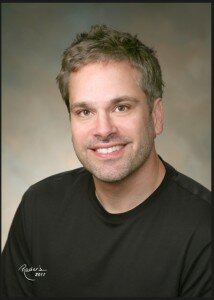 We stand alongside our many colleagues throughout the world, including representatives of the WHO, one of whom, Dr. Stefan Wiktor, refers to hepatitis as the “silent epidemic.” Hepatitis is the seventh leading cause of death throughout the world Many of these cases of hepatitis, especially in developing countries, are caused by unsafe injection practices.

HONOReform is honored to be included in the inaugural World Hepatitis Summit, which will occur early next month in Glasgow. We are grateful to the World Hepatitis Alliance for including us in these meetings. HONOReform continues to seek ways to expand and provide injection safety education and awareness in developing countries. I will report back from these meetings. In the meantime, we encourage you to read about the proposed WHO-led pilot program--in India, Egypt and Uganda–to which we aim to lend the leadership of Evelyn McKnight and HONOReform’s experience, determination and voice. 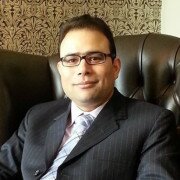 In this blog, reprinted with his permission from Greater Kashmir, our colleague, Dr. Mudasir Firdosi, reflects on World Hepatitis Day. Unlike many of the reflections on and around July 28 that appeared in the United States and throughout the developing world, it’s not happy news. Dr. Firdosi calls the fact that awareness and education programs hardly exist in India “a criminal silence.” At HONOReform, we continue to learn all we can about the need to shore up medical injection safety in India–and beyond. Our aim is to help make a difference, in the U.S. and throughout the world. No patient should ever receive an infection of hepatitis C while receiving healthcare. We thank our many colleagues, including Dr. Firdosi, for sharing their education and insight. We encourage you to read his full editorial here. 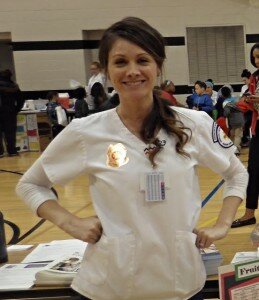 Cortney Pasek is a nursing student at Nebraska Methodist College

Following is another installment in our “Methodist Mondays” thread. Nursing student Cortney Pasek describes her commitment to safe injection practices from her perspective as a future health care provider.

A patient safety advocate requires one to be a communicator, educator, supporter, and caregiver. Advocacy is imperative to patient safety, as is empowering patients to be their own advocate. Her story has helped healthcare professionals and patients alike, worldwide, to find their voices. The videos on the One and Only Campaign website were also very beneficial.

While we are taught to check the labels for usage and expiration dates, the videos discuss the reasons behind the protocols, which I thoroughly enjoyed. I can only hope that if I am ever faced with similar trials and tribulations as Dr. Evelyn McKnight that I handle them with as much grace and forgiveness as she has. She is truly an inspiration.