Advocates from all over the world met in Glasgow, Scotland to participate in the World Hepatitis Summit

I am grateful for the opportunity to represent HONOReform and our advocates and stakeholders at the inaugural World Hepatitis Summit earlier this month in Glasgow. I commend the leadership and staff of the World Hepatitis Alliance—Charles Gore, Raquel Peck, Su Wang, just to name a few—who put together a thoughtful and comprehensive meeting.

About 700 of us attended, representing 90 countries. It was a thrilling meeting. I reconnected with old friends and allies and met a lot of people from all over the world who share the desire to prevent and treat viral hepatitis.

According to the WHA, 400 million people are affected with viral hepatitis. Almost a million and a half people throughout the world die every year as a result of being affected by viral hepatitis. It’s the seventh leading killer in the world. Still, it seems that many people remain nonchalant not only about the disease itself but by its most common form of transmission in developing countries—through the medical injection process.

Earlier this year, Evelyn McKnight and I attended the Safe Injection Global Network meeting at the World Health Organization. Evelyn shared her powerful story. The WHO made a commitment to focus on encouraging developing countries—India, Egypt and Uganda, as a starting place—to only use single-use injection devices and to put these one-time-use devices in to play by 2020.

This one fact alone is, to us, a sufficient call to action: Up to 70 percent of the infections of viral hepatitis in India are transmitted through healthcare.

This call to action makes me think of the men and women in the villages west of Delhi. We had the opportunity last year to visit India and meet patients and their family members who were infected with viral hepatitis during healthcare. Watching Evelyn McKnight talk with these patients—mediated by a translator, but the emotions were universal—is one of the most memorable moments of my career.

For them, and for the many other patients throughout the world who go to the doctor and come out with an injection of viral hepatitis, we encourage the WHO and its many partners—governments and industry, in particular—to renew the commitment to injection safety in developing countries.

We have said it before but we will say it again: No person should go in to a medical facility for treatment and leave with an infection of viral hepatitis. Not in 2015. Not with all of the resources and materials that can easily, and affordably, be put in to play. 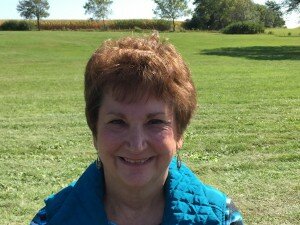 Today we are pleased to share the insights of Marilyn Cahalane, RN BSN on the potential exposure to sharps injuries that housekeeping staff face.

Oftentimes I would hear from my housekeeping people, “Please, please tell your nurses.”

Anytime after a code or a very critical situation that occurred in a patient room, my housekeeping people, would be right there – wonderful people – to clean up the room after we had left it a mess.

Needles were stuck in mattresses, thrown on top of the covers, thrown in the wastebasket, even dropped on the floor.

My housekeeping people came to clean and would be inadvertently stuck.

Please, we have safety devices that take care of human error issues like this. Please research that and enforce it within your immediate surroundings. Thank you.

The World Hepatitis Alliance Summit has ended; countries with different cultures face the same opponent. People around the world are working according to their particular circumstance – some, under a clear strategy, others day by day – but all familiar with the challenges and difficulties of others, because they have lived it and therefore recognized in the other his equal.

For those involved in this problem it is not only a full-time job, it’s a personal matter that is constrained by the pervasive lack of resources and political commitment of many decision makers to prevent prompt and effective medical care. A recurring theme is the voracious appetite for profits of pharmaceutical companies.

But camaraderie is a link between the participants and shows that not all storm clouds darken the sky; there are rays of hope. People who work at government level show their commitment as human beings who seek to help others, their names very rarely recognized in the media but through them their governments have decided to take action:

Brazil is a case closer to us in American continent but Egypt, Georgia, Scotland among others,  have made successful negotiations with manufacturers of drugs for hepatitis C that will provide access to an important treatment of their populations affected by the “silent enemy”.

Special mention is that of Egypt. It not only achieved a fair price but also has a clear strategy: to treat its 10 million people infected with hepatitis C by 2025. From October 2014 to August 2015 they gave 130,000 treatments and have been getting the cure for 85%. Next year it aims to provide 350,000 treatments.

Another case is Scotland. They recognized early in this century the serious public health threat from hepatitis and established a strategy to be developed in several phases, which began in 2006 and continues today. They have a strategic vision, which demonstrates the importance of planning ahead with short and medium term goals. They showed to other governments of the world that the time of analysis and planning should have been 10 years ago, not now that the bomb has exploded and urgent action is needed.

The remaining countries continue to do the best they can despite the Olympic sized lack of commitment by their decision makers.

The battle under such circumstances is unmatched, to say it politely. Governments remain entrenched despite seeing such a large segment of its population annihilated under the pretext of not having enough resources.

Talking about the discrimination, stigmatization and loss of jobs that patients and their families face should exert enough pressure on our governments to act promptly to stop the spread of the disease and reduce the number of deaths from this war without quarter.

A good example for taking action is the serious problem of the use and sharing of injected drugs and the importance of an injection safety program.

Thanks to the World Hepatitis Alliance, the Ministry of Health of Scotland, the governments of Brazil, Egypt and Georgia, to the people who work in government, and the pharmaceutical companies that genuinely share our goals.

But especially you, the patient, family member, and friend that advocate to seek a better quality of life for those affected by hepatitis C . And to all the parents, brothers, children, wives, husbands who have died in this unjust war, thank you for your courage and tenacity.

Thanks and keep fighting!